GIS Data Makes Mapping and Other Operations Easier Across the Industry

In the oil and gas industry, exploration, project planning, drilling, and construction operations all require accurate geospatial, metrological, environmental, and seismic information to ensure the best possible outcomes of a project. In the early to mid-twentieth century, this information typically came in the form of physical maps. The age of computer systems that arose out of nuclear research eventually led to computer-based mapping by the early 1960s. These came to be known as geographic information systems (GIS), which today act as valuable tools for tens of industries around the world.

But how does the oil and gas industry use GIS data and the associated maps created from it? Well planning is one of the more obvious uses, allowing producers to better configure drilling and well pad patterns. Environmental changes due to resource extraction can also be observed with a steady stream of GIS data compared to a baseline. Pipeline routing and monitoring is another area that can benefit from accurate GIS data, allowing developers and owners to choose the most environmentally friendly route and then monitor it for geohazards. Out on the open water, GIS systems allow companies to track the stability of oil platforms and the movements of floating production, storage and offloading (FPSO) vessels. Emergency response both onshore and offshore can also be improved.

While some industry GIS data is proprietary, government agencies, organizations, and other entities provide valuable GIS data for industry use. The U.S. Department of the Interior’s Bureau of Land Management provides free GIS data for some states, including Alaska, Idaho, Montana, Nevada, New Mexico, North and South Dakota, Oregon, Utah, and Wyoming. The Interior’s U.S. Geological Survey offers GIS data through its Sagemap database. And the Bureau of Ocean Energy Management also has its fair share of maps and GIS data. Many U.S. states and their government agencies also provide GIS data. The Colorado Oil and Gas Conservation Commission, for example, provides maps of various wells, wildlife habitats, and permit locations. (For a collection of more GIS resources, visit the Getches-Wilkinson Center’s Intermountain Oil and Gas BMP Project page.) 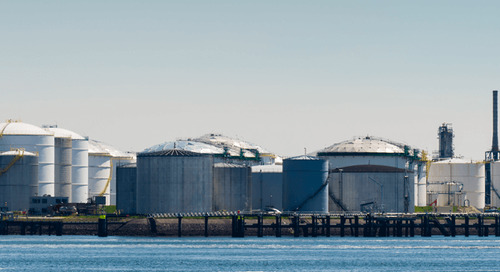 Quality Planning and Design Vital to Terminal and Storage Facilities

As major components of downstream oil and gas workflows, import, export, and... 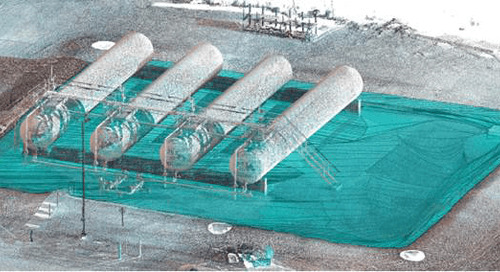 The Many Industry Benefits of 3D Laser Scanning

The survey, design, operation, improvement, and asset management of...