At the beginning of 2015, the U.S. Energy Information Administration (EIA) and research firms like Quest Offshore were cautiously optimistic about the outlook for the oil and gas industry in the Gulf of Mexico, issuing the caveat that continued low prices would eventually place additional downward pressure on producers in the region. But we all know that news didn’t get much better during the year. What were some of the key points for offshore production in the Gulf in 2015, and was there reason for optimism at the end?

First, rig counts in the region fluctuated, mostly with downward momentum. In September 2015, the EIA reported offshore rig counts in the Gulf at only 33, pointing to a trend of declines that date back to 2000. In its report, the EIA also stated “[t]he move to deeper waters prompted the departure of rigs operating in the shallow waters of the U.S. GOM.”

Despite the economic downturn, deepwater drilling and production projects in the Gulf of Mexico continued, largely due to the extensive planning timeline and significant investment in projects that have been in the works for years. Take for example LLOG Exploration’s Delta House floating production system (FPS), designed with the help of Audubon Engineering Solutions. A flexible “one size fits most” approach was applied to the platform to allow it to tap into a wider range of reservoirs in the region. The platform reached first production in April 2015 and achieved its nameplate oil capacity of 80,000 b/d at the beginning of 2016.

Other deepwater discoveries made headlines in 2015 as well. Houston-based Freeport-McMoRan reported last September that its operations were continuing to expand with new discoveries on its holdings, including three development wells expected to go into production in 2017. The company noted, however, that it’s not immune to low oil prices, and it anticipated cutting capital expenditures in other areas while attempting to fund the new drilling operations from existing oil sales. But that story changed at the end of 2015, with the company announcing the auction of most of its oil and gas assets in 2016, mirroring plans by Marathon Oil Corp. to divest a significant portion of its Gulf assets.

Yet by the end of 2015, “silver linings” could be found in the Gulf according to Offshore writer Bruce Beaubouef. “But even with lower oil prices, [investment research firm] Evercore ISI says it expects development activity to accelerate slightly in the coming months and years,” Beaubouef said, “and it believes that the Gulf of Mexico will be the only relative bright spot for deepwater activity in 2016-2017.” Beaubouef pointed to a steady to slight increase in drilling permits as well as discoveries by Chevron and Shell as additional glimmers of hope for deepwater development in the Gulf. 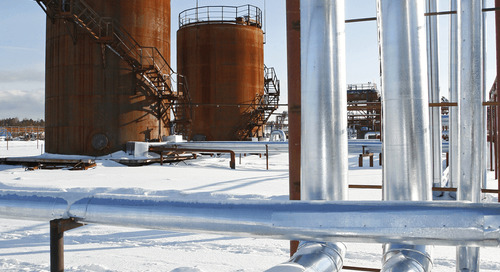 Weather Poses Challenges at Every Step

When it comes to factors that affect oil and gas prices, some will point to politics and taxation as major ... 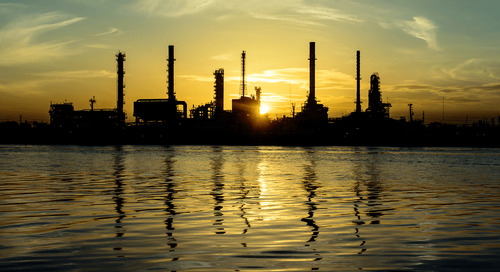 Flexible Engineering for the Future

Many in the oil and gas industry are increasingly looking for ways to reduce costs and improve efficiencies...