We previously talked about automated pigging systems and their advantages over manual systems, but we didn’t discuss why pigging is such an important part of a pipeline system. As previously mentioned, regulations were put in place in 1994 to require oil and gas pipeline operators to use inspection devices in their pipelines. This was in response to directives made in the Pipeline Safety Reauthorization Act of 1988 to reduce incidents and improve incident response, including incidents related to external corrosion, internal corrosion, and defective welds and seams.

But these regulations didn’t bring about the first in-line devices used in pipelines: smart pigs were introduced in 1965 and have evolved significantly since then. The first pigs were used to detect thinning of pipeline walls due to corrosion. But the ’94 regulations helped usher in new detection technology that could find potential hazards such as cracks in welds, disbondment of anti-corrosion coatings, and dents and gouges that could cause weakness and corrosion in pipe sections.

So why all this new detection technology? Throughout the history of pipelines, external and internal corrosion have contributed to spills, injuries, and deaths during pipeline operations. Corrosion can reduce pipeline thickness, weaken welds, and cause blockages that threaten the integrity of the pipeline. Improvements in pipeline coating technology have certainly reduced corrosion, but pigging has played another important role in reducing incidents further. The magnetic flux leakage (MFL) pig — both conventional and circumferential — is such an example, magnetizing the pipeline steel and measuring the resulting magnetic field to find areas of metal loss. Along with improved hardware and installation techniques, MFL and other pigging methods have resulted in a 79 percent reduction in corrosion-related pipeline releases since 2000. But protecting the environment and maintaining equipment aren’t the only reasons why pigging is important; it helps improve pipeline safety for workers and people nearby. Since 2000 only two of 881 corrosion-related incidents resulted in an injury. 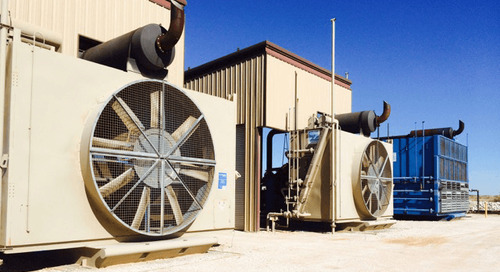 Components of a Compressor Station

Compressor stations are a vital part of any gas transmission system, keeping... 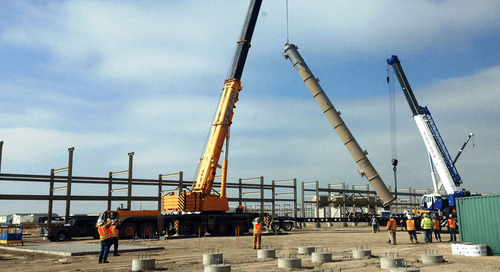 Development for traditional LNG production and distribution is increasingly...