With the current market and infrastructure in many regions of the world, however, this supply chain limits LNG distribution to a relatively small radius. As a result, LNG production is now migrating into the midstream arena in an effort to shorten the market distribution chain and broaden LNG availability, leading to more selling options for producers.

Small-scale, or micro, LNG facilities provide such distribution options when paired with natural gas processing plants. With larger LNG plants, exports are transported internationally via carriers to end users. With micro-LNG facilities, on the other hand, LNG production is distributed primarily within local markets where demand is high. In addition to significantly reducing capital costs, this methodology allows for much faster market penetration and has the potential to expand LNG opportunities into nontraditional markets and allow producers to exploit gas sources that were, at one time, considered uneconomical.

The biggest benefit of pairing NGL recovery with LNG production comes from the commonalities between the two facilities, as both require much of the same operating and utility units, including gas treating, power distribution systems, control systems, flares, water treatment systems and other ancillary infrastructure. Micro-LNG facilities also offer greater operational flexibility, along with lower capital and operating costs. By sharing the plant infrastructure, operators can save approximately 35%–45% on capital costs when compared to a standalone LNG plant. Similarly, operating cost savings are estimated at approximately 20%–30% when compared to two standalone units.

The regeneration gas disposal is another advantage of combining the two facilities. In a standalone LNG plant, one of the main process challenges is the disposal of the spent regeneration gas, which can contain CO2 and other impurities. In a standalone LNG plant, this spent gas can be both difficult and expensive to dispose of due to the limited options for removal. In an NGL plant, however, the spent regeneration gas stream can be easily managed with the use of the plant processing options via fuel gas or blending. These advantages are spawning a new generation of natural gas processing techniques that aim to transform LNG into a preferred fuel source.

Table 1 illustrates the facility unit compositions for a typical standalone NGL Recovery Plant and a standalone, mid-sized LNG Plant. The middle column shows which systems can be shared and/or consolidated.

Dave has over 17 years of executive management and business development experience for international and domestic clients within the oil and gas industry. He specializes in midstream gas processing, midstream services and LNG. Mr. Beck holds a degree in biochemistry and chemical engineering from Texas Tech University in Lubbock, Texas.

Connect with Dave Beck on LinkedIn. 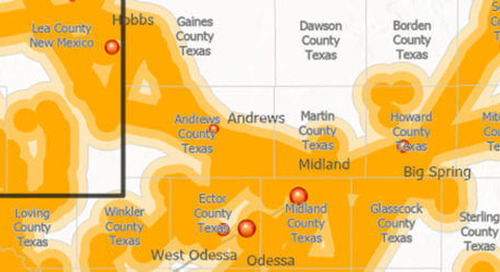